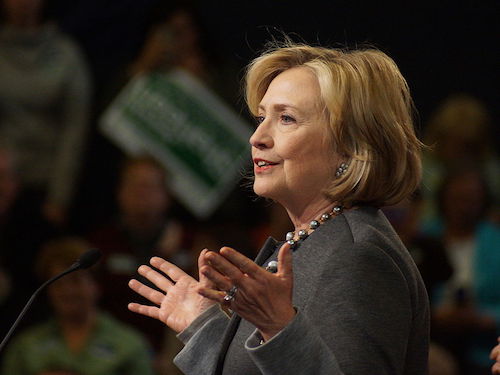 With the U.S. election campaign entering its final two months, Democratic nominee Hillary Clinton is showing a decisive advantage over adversary Donald Trump in an unexpected area—in contrast to past election cycles, the fossil industry is donating more money this year to the Democrat than the Republican.

According to Federal Election Commission data through August 22, the fossil lobby contributed US$550,971 to the Clinton campaign, compared to $153,924 to Trump.

That’s partly because Trump, in a self-consciously unorthodox campaign, is not donors for money. (Nor is he building state-level campaigns, or investing heavily in advertising.) And partly, at least until the last week to 10 days, because Clinton has looked virtually certain to pull off a crushing victory.

“Many people donate not for reasons of policy or ideological affinity, but for access,” said Mark Jones, the James A. Baker III Institute for Public Policy fellow at Houston’s Rice University. “Under an access type of situation, it makes sense to donate to Hillary Clinton because she seems very likely to be the next president of the United States.”

Senior research analyst Ethan Bellamy at R.W. Baird came up with another reason for the disparity.

“Clinton is too politically savvy to bring on the oil and gas apocalypse, and Trump doesn’t seem to have a coherent policy position that would suggest clear sailing for fossil fuel producers under his regime,” he told Rigzone.

By contrast, Oilprice.com notes on The Energy Collective, “Trump’s proposed wall is surely not sitting well with the big U.S. oil companies which have seen that Mexico is an attractive investment destination since the U.S.’ southern neighbour liberalized its energy market in 2014.”

Oilprice.com cites Center for Responsive Politics figures showing $18.3 million so far in fossil donations in the 2016 campaign, with 96.3% of the total going to Republicans. But “more than half of the industry’s donations this time around were splashed on previous players, most notably Republicans Jeb Bush ($9.7 million), Rick Perry ($1.6 million), and John Kasich ($1.6 million), all of whom have since thrown in the towel.”