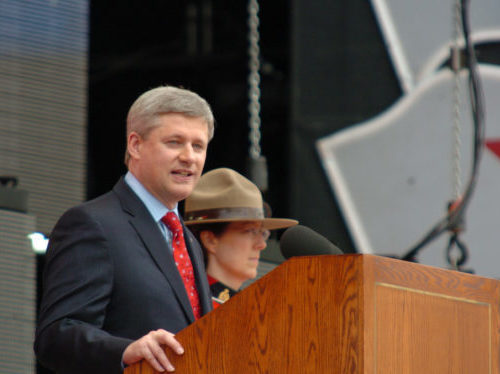 A small anti-poverty organization in Ottawa has launched a constitutional challenge against restrictions on charities’ political activities—the same restrictions that became an expensive, massively time-consuming headache for environmental charities under the Stephen Harper regime.

Canada Without Poverty, with pro bono legal support from legal giant McCarthy Tetrault, is arguing that the law violates its right to free expression and free association under Section 2 of the Charter or Rights and Freedoms.

“We are asking why this legislation remains in place,” said CWP Executive Director Leilani Farha. “It clearly restricts free expression, which is contrary to the Charter. We think the government has to justify this restriction.”

The case dates back to 2012, when the Harper government initiated $8 million in audits against selected charities. The audits were widely seen as a politically-motivated attack on the government’s many critics in the wider community.

“The first wave of audits hit environmental charities who opposed the government’s energy and pipeline policies, and later expanded to ensnare human rights, international aid, and religious groups,” CBC recalls. “Funding for the CRA audits grew to more than $13 million, and 60 charities were eventually targeted.”

The new government cancelled the political activity audit program in January, but decided against cancelling 24 reviews—including CWP’s—that were already under way. In contrast to partisan activities, which are strictly prohibited for charities, federal law allows the organizations to devote 10% of their budgets to lobbying and policy advocacy.

At the height of the Harper government investigations in February 2014, the resulting “charity chill” was a source of deep concern for Ken Wyman, professor of fundraising management at Toronto’s Humber College. “Wyman said many Canadians expect charities to speak out on their behalf, and democratic decision-making suffers when those voices are shut down,” iPolitics reported at the time.

When charities are afraid to raise their voices, “the job of advocacy does not stop,” he said. “It just ends up being in the hands of corporations, which are clearly free to spend large amounts on advocacy and lobbying and write it off as a business expense.”

Those companies have a legitimate voice, “but so do people who are advocates on behalf of consumers,” Wyman said. Whether community advocacy is funded by a tax write-off or a charitable donation, “it still comes down to it being a tax dollar. So either both sides are equally allowed, or neither side should be allowed” to influence policy.