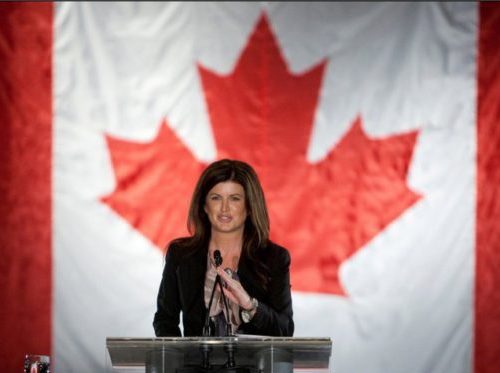 Conservative leaders past and present used CTV’s Question Period to call on Prime Minister Justin Trudeau to show “leadership” and “service China” by promptly approving controversial pipelines to the east and west coasts of Canada, if necessary over the objections of the provinces they will pass through.

Former Prime Minister Brian Mulroney said a failure on Trudeau’s part to deliver TransCanada Corporation’s proposed $16-billion Energy East pipeline would threaten Canada’s larger trade with the Asian superpower. He called on Trudeau to conduct what he called “a nation-building exercise” to secure provincial agreement for the routing of pipelines “that would then allow him to service the Chinese and others” with crude from Alberta’s tar sands/oil sands.

The Quebec-born Mulroney was “dismissive,” CTV reported, of protesters whose brief disruption of the National Energy Board’s first public hearings into Energy East in the province prompted the agency to cancel its entire five days of scheduled public input last week. Compared to the opposition to NAFTA, which his government negotiated, Mulroney called resistance to the pipeline “small beer.”

Speaking on the same TV program, interim Conservative leader Rona Ambrose reversed her earlier critique of Trudeau for appearing too admiring of China’s Communist dictatorship. Instead, she echoed Mulroney’s demand that the Prime Minister put China’s expectations ahead of Canadian opposition to fossil fuel development by green-lighting a pipeline to the opposite coast.

“If (Trudeau) isn’t going to listen to British Columbians about…how important our energy sector is,” Ambrose remarked, “I hope he listens to the Chinese. Because they want those commodities, and they want that energy infrastructure built.”

Contrary to Ambrose’s implication, the majority of British Columbians surveyed by polling firm Insights West earlier this year opposed the (currently suspended) Enbridge Northern Gateway pipeline proposal across the centre of the province, and a plurality opposed the expansion of Kinder Morgan’s existing Trans Mountain pipeline to Vancouver.

That city and several of its neighbours, and even the generally pro-fossil B.C. government, have also expressed their opposition to the Kinder Morgan proposal. Trans Mountain was approved with conditions by the National Energy Board earlier this year and now awaits federal Cabinet approval.