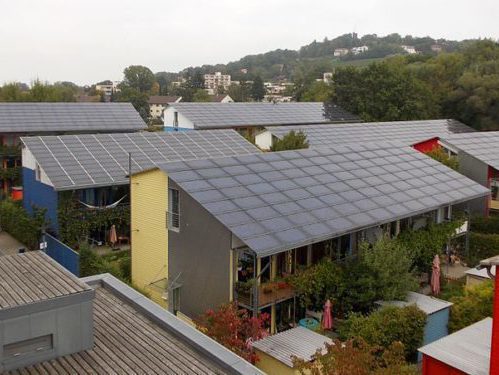 Three new neighbourhoods in Minnesota’s Twin Cities are expected to be built as net zero-carbon developments, with dense living patterns, access to transit, and close proximity to retail outlets and businesses.

“Each of the sites will likely feature district energy systems, encourage or require efficient buildings, and be powered to a large degree by renewable energy,” Midwest Energy News reports. “And each of them has an existing thermal heating and cooling source to meet the needs of new apartments, businesses, and homes.”

“If you can integrate thermal and electric (production) at these locations along with having efficiency in a built environment, you can do great things and approach very low carbon, if not net zero,” said Ken Smith, CEO of District Energy and its Ever-Green Energy subsidiary.

Two of the sites—a community in Minneapolis, and a former Ford plant in St. Paul—are in urban areas, while the third is in a suburb.

“All are large and very well suited to be doing district energy,” said Tom Fisher, director of the University of Minnesota’s Metropolitan Design Center. But differences in ownership structure make some of the developments easier than others.

“The Ford site is still owned by one owner, Ford, and it could say (to a future owner) ‘develop this piece of land into district energy,’” he told MWEN. The other two sites “are a little more difficult because they’re multiple owners.”

Fisher said the U.S. has not yet built a net-zero community, but the goal is still attainable. “It’s a matter of financing and getting the owners to agree,” he said. “There’s the worry of no one wanting to be the first to do anything. In other countries the public sector takes the risk—we’ve done that with the Internet and other things that have been huge successes. But it is a bit of a challenge.”

MWEN’s coverage includes capsule profiles of each of the three sites.