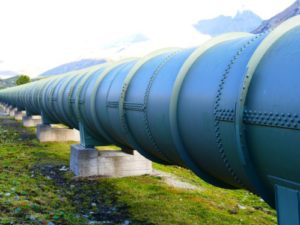 The National Energy Board’s inept handling of its hearings on the Energy East pipeline, coupled with an untimely intervention by TransCanada lobbyist and ex-Quebec premier Jean Charest, have turned the project into a political problem for Prime Minister Justin Trudeau, the Globe and Mail reports.

The NEB “has little choice but to kick out two of the three panelists who are supposed to review the controversial project,” writes the Globe’s Campbell Clark, and not because of protests at last week’s hearing in Montreal or mounting opposition from First Nations, hundreds of municipalities, and environmental groups.

“The NEB’s job is to provide an impartial review of the Energy East pipeline project, which would transport Alberta oil to Saint John,” Clark notes. “The NEB’s commissioners, under high scrutiny, tripped over their own feet on the way to the hearing, knocking over their own credibility. To be fair, it would never have been quite such a klutzy stumble if it weren’t for Mr. Charest.” But the NEB panelist who solicited the Charest meeting, Jacques Gauthier, “should have made sure there was no potential for conflict.”

During last year’s federal election, Trudeau promised pipeline reviews would be revamped to ensure projects earned “social licence” before they were approved. Now, “the NEB’s missteps have raised questions anew. And brought back unpleasant memories,” from when Trudeau had to dismiss a senior staffer who was advising TransCanada from the campaign plane.” Unless the two panelists step aside,” Clark writes, “the credibility he promised will be in tatters before Energy East hearings even get off the ground in Quebec.”

On the National Observer, the site that first broke the conflict of interest story, commentator and editor Chris Hatch says the NEB has no good options left for pursuing the hearings. “On Wednesday, the Assembly of the First Nations of Quebec and Labrador called for the Energy East process to be shut down, setting the stage for a full confrontation between the feds and Aboriginal peoples if the pipeline proposal proceeds.”

Like Clark, Hatch frames the story as a dilemma for Trudeau.

“Modernizing the NEB after the Energy East process seems a classic case of closing the barn door too late. Even a modified version of the current process appears destined for massive confrontation with First Nations as well as civil society in Quebec and beyond,” he writes. “Scrapping the process until a ‘modernized’ NEB can start over with new leadership would be bitterly unpopular in Alberta and among the broader business community.”

And while “the Trudeau government might prefer to stay at arm’s length and hope the whole thing burns away in a dumpster fire of the NEB’s own making,” he adds, “that’s looking less and less tenable.”