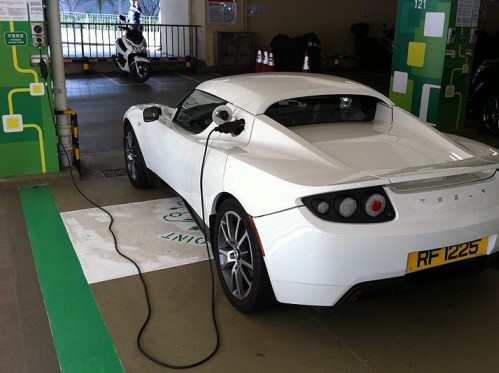 The world’s biggest market for alternative vehicles is headed for a government-led shakeout, as China considers action to reduce a field of more than 200 startups with an estimated 4,000 new models in development, to as few as 10 firms licensed to enter commercial production.

That would force as many as 95% of the country’s would-be Elon Musks to close, Bloomberg reports, citing a newspaper with ties to the government.

Purchase subsidies that can reach 60% of a vehicle’s price helped China’s domestic automakers sell 331,092 electric cars, plug-in hybrids, and fuel cell cars last year, according to the China Association of Automobile Manufacturers. And the government has set a goal of seeing 10 times that number sold annually by 2025.

But average production runs are an uneconomical 3,000 vehicles. “There are too many entrants in the sector, and some of them are just speculators,” Yin Chengliang, a professor at Shanghai Jiao Tong University’s Institute of Automotive Engineering, told Bloomberg. “The government has to raise the threshold.”

It has already upped the performance bar for start-up companies, drafting a list of 17 “must-have” technologies for alternative vehicles hoping for street-legal status. They include systems to track the origins of key parts, and to recycle or reuse batteries. And it plans to phase out its subsidies beginning in 2020.

But China’s Ministry of Industry and Information Technology is also reported to be “considering restricting the number of start-up EV makers to a maximum of 10,” Bloomberg reports, citing Dong Yang of the Manufacturers’ Association, a number that would not include any of China’s traditional carmakers that release electric vehicles.

“So far, only two ventures have obtained approval to build cars,” Bloomberg adds. “Three others say they plan to apply for permits.”