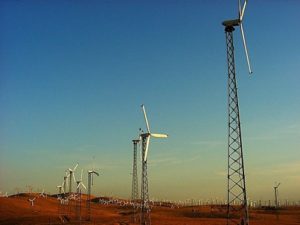 California has created half a million jobs and added US$48 billion to its economy with its 10-year-old plan to cut greenhouse gas emissions to 1990 levels by the end of this decade, according to a non-partisan business group.

The reduction targets established in the Global Warming Solutions Act of 2006, better known in the state as AB 32, “have funded solar, wind, and energy efficiency projects in communities across California and given clean energy investors and companies confidence in the state’s energy market,” DeSmog Blog reports, citing data gathered by Environmental Entrepreneurs .

E2 says it identified benefits from the plan, signed into law by Governor Arnold Schwarzenegger, “in every single one” of the Golden State’s 80 Assembly districts. “It’s clear that AB 32 and related policies are already paying off big time for California’s economy,” Executive Director Bob Keefe wrote in a blog post.

Last week, California’s legislature voted to maintain a centrepiece of the policy—its carbon emission cap and permit trading system—and to deepen the state’s emission commitments to achieve a 40% reduction from 1990 levels by 2030.