Tobacco Holds Out Hope of a ‘Quadruple Win’ for Jet Fuel 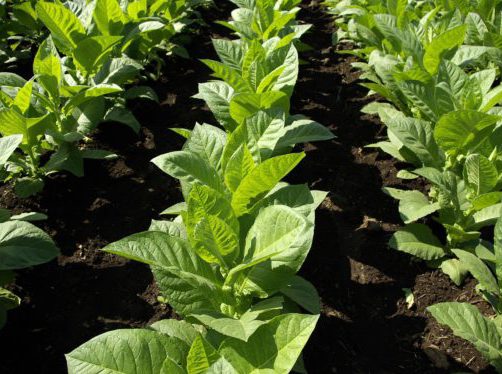 Jet fuel processed from tobacco promises a quadruple win for farmers, airlines, the climate, and fuel-importing nations like South Africa, where U.S. aviation giant Boeing is working with the national airline to bring the product to market, says the company’s director of sustainable fuels.

Oil extracted from a strain of nicotine-free tobacco grown in the country’s Limpopo region can be used as feedstock for a superior biofuel that outperforms conventional kerosene in airplane engines and can replace a portion of the jet fuel that South Africa currently imports, while providing a new market for farmers hard hit by the decline in tobacco smoking, Darrin Morgan told Bloomberg New Energy Finance.

As a biofuel ultimately derived from atmospheric carbon fixed in the tobacco plant’s leaves, the product could also claim to be carbon neutral, he said.

“The region of South Africa where we are growing the Solaris [tobacco strain] used to grow tens of thousands of hectares of smoking tobacco,” Morgan said. “Because of anti-smoking campaigns and other dynamics, production has collapsed, and so has the rural economy it used to support. The idea is to reinstate the industry by making sustainable fuel. This will create an economic multiplier, and also transition the economy to a lower-carbon fuel.”

“Bio-jet fuels are technically superior,” he added. “Bio-kerosene is 3-4% more energy-efficient per kilo than normal kerosene.” It undergoes more rigorous testing for contamination than standard kerosene fuel, and it doesn’t contain sulphur.

Boeing is working with tobacco farmers and refiners to develop a tobacco-based liquid fuel supply chain, Morgan said. South African Airways flew a test flight between Cape Town and Johannesburg in July “using a 30% concentration of the tobacco-based bio-jet fuel,” Bloomberg reports, and Morgan anticipated that flights on 100% bio-jet fuel would be approved in the future.

“The higher performance and energy density of bio-jet fuels over conventional kerosene means that airlines will be lining up to buy,” he predicted.

Civil aviation has been under growing pressure to rein in its greenhouse gas emissions, and tobacco isn’t the only surprising source for a possible low-carbon replacement for kerosene: Boeing is also exploring the biofuel potential of fish poop.