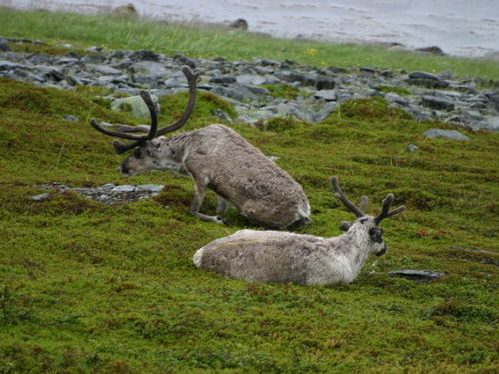 A deadly outbreak of anthrax in northern Russia in early August was an early warning for one of the unexpected health risks associated with Arctic warming due to climate change, according to Dr. Mona Sarfaty, head of the climate and health program at George Mason University’s Center for Climate Change Communication.

The anthrax spores, which killed a 12-year-old and his grandmother and sent 90 people to hospital, came from the “thawing carcass of a caribou that had been infected 75 years ago and had stayed frozen in limbo until now,” Sarfaty explains. Russia responded by sending in troops with bio-warfare training to evacuate hundreds of nomadic Indigenous people from the country’s Yamalo-Nenets region and quarantine the outbreak.

The anthrax episode shows that “it may not be easy to predict which populations will be most vulnerable to the health impacts of climate change,” she notes. In the Arctic, deep layers of tundra have been frozen for up to three million years. But “the Arctic is warming twice as fast as the rest of the globe,” and “the area of the anthrax outbreak was 18°F/10°C hotter than average, with temperatures reaching 95°F/35°C.”

In her Guardian op ed, Sarfaty points to other warming-related risks in the Arctic tundra, from methane releases to the potential spread of infectious disease from above-ground cemeteries. And “it’s not just climate scientists that are concerned about the health threats of a warming world. Public health experts and physicians are also speaking out. The Lancet Commission released a report in 2015 asserting that climate change could reverse the last 50 years of public health advances.”