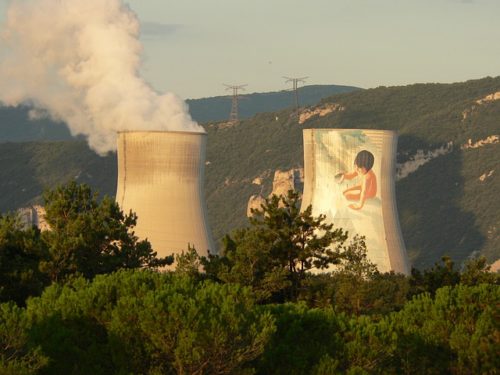 European countries that spend their energy dollars on nuclear power are likely to be more muted in their attempts to rein in carbon pollution, according to a study released this week by researchers at the University of Sussex and the Vienna School of International Studies.

“Progress in both carbon emissions reduction and in adoption of renewables appears to be inversely related to the strength of continuing nuclear commitments,” the research team concludes. “With reference to reductions in carbon emissions and adoption of renewables, clear relationships emerge between patterns of achievement in these 2020 Strategy goals and the different groupings of nuclear use.”

The EU’s 2020 strategy, released in 2010, calls for countries to cut greenhouse gas emissions 20% below 1990 levels and increase renewable energy to a 20% share of final energy consumption by the end of this decade. The Sussex/Vienna study divided those countries into three categories: jurisdictions with no nuclear generation (Denmark, Ireland, and Portugal), those with plans to decommission existing nuclear plants (Germany, Sweden, and others), and countries like Hungary and the UK that plan to maintain or even increase their nuclear capacity.

“Looked at on its own, nuclear power is sometimes noisily propounded as an attractive response to climate change,” said Andy Stirling, professor of science and technology policy at Sussex. But “by suppressing better ways to meet climate goals, evidence suggests entrenched commitments to nuclear power may actually be counterproductive.”