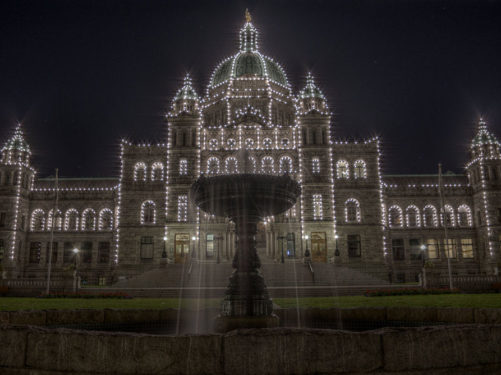 British Columbia’s “climate procrastination plan” was second-guessed by the federal environment minister and written off as the “Olympian heights of political cynicism” by one of the country’s leading energy modelers, after Premier Christy Clark released a strategy that cherry-picked or ignored most of the recommendations of her own expert advisory committee.

While Environment and Climate Change Minister Catherine McKenna “stopped short of any direct criticism” of the B.C. plan, CBC reports, she pointed to one of the most controversial gaps in the plan with her comment that carbon taxes must increase over time to have an impact. Clark opted to keep the province’s once-innovative carbon tax at $30 per tonne, claiming that any increase would harm the economy, even though the province’s emissions have increased since her government froze the tax in 2012.

Most major businesses “know this is the direction the world is going and they know they need to be doing their part,” she added. “Businesses will figure out ways to innovate, and that will set us up well.”

“There is no immediate tightening of the stringency of any effective policies to achieve emissions targets in, say, 2020 and 2025,” he notes. “The plan includes a list of innocuous policies that are known to be ineffective—subsidies to industry to electrify some processes, information programs for consumers, and statements about the government’s good intentions. And taking cynicism to a new level, the plan’s so-called emissions reductions are dominated by tree planting on lands that are already allocated to forestry, an action that does not decrease emissions in the long run.”

Jaccard concludes that “if there were an Olympic event for political cynicism on the climate challenge, B.C.’s new climate plan would be a strong contender for the gold medal.” (We hear Hope Solo and Ryan Lochte may be looking for new sponsorship opportunities – Editor.)

On Monday, B.C. Environment Minister Mary Polak set out to defend Clark’s announcement, casting it as “just the first step in a more comprehensive plan that will be developed after meetings with the federal and other provincial governments,” CBC reported. “We know it doesn’t get us there,” Polak said. “We have to do lots more work”

Asked how B.C. would meet an ambitious decarbonization goal by mid-century while rejecting its own Climate Leadership Team’s call for an interim target in 2030, Polak said the province might yet introduce one.

“We don’t explicitly reject the 2030 setting of the target,” she said. “At this stage, with the work that’s going on with our federal and provincial and territorial counterparts, there are too many unknowns to establish the target in this plan.”

But in another Globe opinion piece, Peter Robinson of the David Suzuki Foundation and ex-Ballard Power CFO and BC Hydro Chair Mossadiq Umedaly—both members of B.C.’s 2008 climate team—say Clark has relinquished the province’s standing as a climate leader.

At the UN climate summit in Paris, the premier “spoke about her province’s leadership on the carbon tax and renewable energy solutions,” they write. “Now the government has given up its leadership position by laying out weak and unfunded strategies that will not achieve the goals of the province’s own plan.