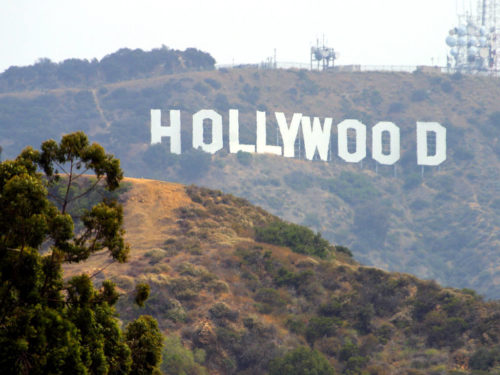 California will extend its landmark carbon cap-and-trade program for another decade and aim to cut greenhouse gas emissions 40% from 1990 levels by 2030, after the state Senate passed enabling legislation Wednesday by a 25-13 margin.

The more conservative state Assembly had adopted a corresponding bill the previous day on a 47-29 vote, “after weeks of uncertainty and despite aggressive lobbying by Big Oil,” the Mercury News reported.

The legislative victory for Gov. Jerry Brown brings an end to serious concern that California’s cap-and-trade program—a trailblazer in its own right and an anchor for carbon pricing initiatives in other jurisdictions, including some Canadian provinces—would sunset in 2020.

“Yesterday, Big Oil bought a full-page ad in the capital city’s newspaper of record to halt action on climate,” Brown said after Tuesday’s vote. “Today, the Assembly speaker, most Democrats, and one brave Republican passed SB 32, rejecting the brazen deception of the oil lobby and their Trump-inspired allies who deny science and fight every reasonable effort to curb global warming.”

While Pavley said cap-and-trade had “generated billions of dollars in investment in the state’s clean energy sector while creating jobs and reducing emissions,” Reuters reports, Senate Republican Leader Jean Fuller said the measure had cost hundreds of jobs in her home community of Bakersfield, in the state’s oilpatch. “The changes it has brought to our economy are unforgiveable,” she said.

The legislative votes prompted Ceres California Program Director Ana Zacapa to take a victory lap in an email to supporters. “On August 3, we brought nearly a dozen companies and investors to meet with lawmakers in Sacramento to urge them to support the climate bill,” she wrote. “Companies like Ben & Jerry’s, Dignity Health, Levi Strauss & Co., and Sierra Nevada along with investors including Trillium Asset Management made the case to California’s lawmakers that taking action on climate change is not only good for the planet, it’s good for their bottom lines, too.”

“This is a big deal. California’s legislators just doubled down on one of the strongest, most innovative climate policies in the world,” added Environmental Entrepreneurs (E2) Chair Nicole Lederer. “But the work doesn’t stop here. When SB 32 is signed into law, businesses will be in a prime position to make the investments and invent the technologies that will continue to grow our economy, create jobs, and cut California’s carbon emissions for decades to come.”

In a separate move Wednesday, the state Senate passed a joint resolution, already adopted by the Assembly in June, to tax greenhouse gas emissions from fossil fuels and return the resulting revenue to low- and middle-income households. Citizens’ Climate Lobby had been advocating for the bill since 2010, Climate Progress reports.

“In 2014, the group released a report commissioned from Regional Economic Models, Inc. (REMI) showing that a carbon tax with dividend sharing model, starting at $10 per ton of carbon dioxide and increasing by $10 per ton each year, would reduce carbon dioxide emissions 50% below 1990 levels in 20 years,” writes CP’s Natasha Geiling. “Moreover, the economic stimulus generated by the dividend sharing would, over the same period of time, add 2.8 million jobs to the American economy, compared with a business-as-usual scenario.”

But the results of California’s latest cap-and- trade auction, announced just after the state Assembly vote, showed that the program isn’t out of the woods yet. The market response was better than last quarter, when only 11% of the available emission permits sold. Still, only about one-third found markets in the latest round.

“The auction results suggested heavy industry in California has become skeptical about the need to purchase more allowances, creating doubts about the future of one of the world’s first and biggest cap-and- trade programs,” reports climate specialist John Upton on Grist.

“It shows us that we’re in a period of serious concern about the future of California’s climate policy,” said energy economist and lawyer Danny Cullenward of the Carnegie Institution for Science. “It’s bad news.”

“Today’s auction results show that the markets need certainty,” countered Brown’s senior advisor Nancy McFadden. “Shoring up the cap-and- trade program—either through the Legislature or by the voters—will provide that certainty.”