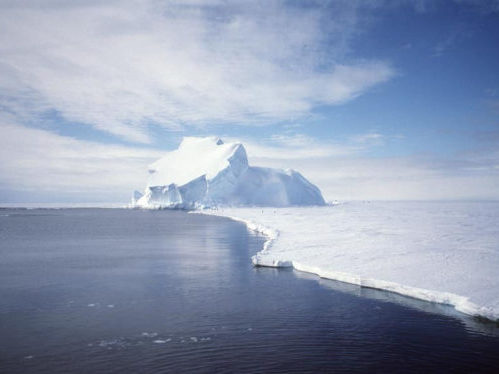 A crack in the Larsen C ice shelf, the fourth-largest in Antarctica, has lengthened to 130 kilometres and widened to 350 metres, meaning that “it may be only a matter of time before we see the loss of an enormous chunk of Larsen C,” the Washington Post reports.

Larsen C is slightly smaller than Scotland, according to the British Antarctic Survey. The 6,000 square kilometres (2,316 square miles) that may soon be lost would be nearly the size of Delaware, said Martin O’Leary, a Swansea University glaciologist and member of the Survey’s Project MIDAS.

Such an “historic event” would “bring to mind the losses of the Larsen A ice shelf in 1995 and the sudden breakup of Larsen B in 2002,” writes the Post’s Chris Mooney. “When that last event happened, the National Snow and Ice Data Center remarked that Earth had lost a major feature that had ‘likely existed since the end of the last major glaciation’” 12,000 years ago.

“It’s hard to tell how soon it could break—we really don’t have a good handle on the processes which control the timing of the crack propagation,” he told the Post. “It’s a lot like predicting an earthquake. Exact timings are hard to come by. Probably not tomorrow, probably not more than a few years.”

Mooney explains that “when ice shelves lose large chunks, it does not raise sea level because these bodies are already afloat. However, the loss of an ice shelf can speed up the seaward flow of the non-floating glacial ice behind it, and this ice can in turn contribute to sea level rise.” Researchers calculate that Larsen C holds back enough ice raise global sea levels by 10 centimetres (almost four inches).