Six Passengers, One Dog Walk Away Fine Thanks to Tesla Safety Features 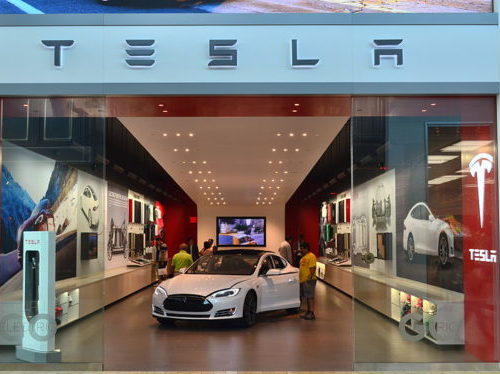 After unwelcome scrutiny when one of its self-driving electric vehicles was involved in a fatal accident earlier this year, Tesla Motors received a ringing endorsement from another driver whose six passengers (and a dog), riding in a Tesla Model X, walked away unharmed from a dramatic crash in Bloomington, Minnesota last weekend.

The car was not driving itself at the time. Its owner, orthopedic surgeon Dr. Jonathan Braman, was making a turn at an intersection when a GMC Yukon ran a red light and struck his car on the right front corner. Braman credits the Model X’s low centre of gravity (thanks to the placement of its battery) for preventing the vehicle from rolling over, and the interior coverage of its air bags for protecting him and his passengers from injury.

Reporting on the event, electric-vehicle blog Elektrek called the outcome “another great example of the [car’s] large [front end] crumple zone, which is due to the lack of a large combustion engine, taking the bulk of the impact.”

Tesla Motors shares fell 2.5% last month when it was revealed that the driver of a Model S had died two months earlier, after the vehicle’s autopilot failed to spot a tractor trailer crossing its path.

After this latest crash however, Braman, who also owns a Tesla Roadster, told the blog: “I want my family back in a Tesla.”