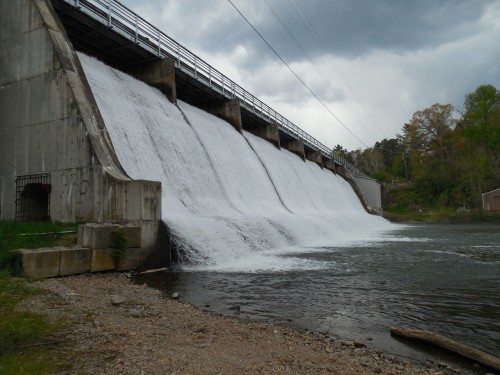 The United States could add 50 gigawatts of new hydroelectric capacity by 2050, according to a study released last week by the Department of Energy, but major environmental groups warn the additional jolt of low-carbon power would come at a cost.

“A lot of people, when they think about hydro, they don’t think that there’s much growth opportunity,” said José Zayas, head of DoE’s Wind and Water Power Technologies Office, which compiled the report with input from about 300 experts. “We wanted to really quantify the benefits.”

The study concluded that the country’s current 101 GW of hydro, which account for about 6% of total generation, could grow 50% by mid-century.

“We have over 80,000 dams in our country, of which only 2,000 have power production,” Zayas told the Washington Post. Some of those sites could be equipped to generate electricity, and there’s also great potential to boost the output of existing power dams.

“How can we go forward with hydropower, recognizing that it does have adverse impacts, in terms of blocking free-flowing rivers and harming wildlife? It’s certainly better than burning fossil fuels, but it’s not without its own issues,” including mounting concerns about methane emissions from reservoirs.

“There are definitely adverse impacts that have to be considered,” Irvin added. “Whenever we build a dam, we destroy a river in one form or another.”

Hydro generation “has powered our growth for the past century, but it has come at a cost,” added Tara Moberg, a senior freshwater scientist at The Nature Conservancy. “Those impacts have had ripple effects on the communities that depend on river resources.”