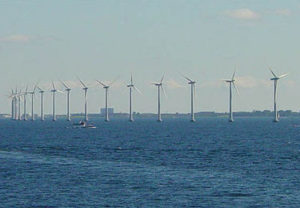 New York’s Public Service Commission (PSC) has adopted a Clean Energy Standard that requires all the state’s coal plants to close by 2020 and sets a 2030 target for producing 50% of its electricity from renewable energy, while throwing cash at existing nuclear plants to keep them in operation.

The state estimates the plan will cost US$965 billion to implement and deliver $5 billion in benefits.

“New York gets about 30% of its electricity from nuclear and 26% from renewables,” reports Environmental Leader, citing geochemist Jim Conca. “Beyond making green energy half of the state’s energy portfolio in 15 years, it would also subsidize nuclear energy to prevent closure of plants in the northern part of the state.”

Exelon Corporation had already threatened to close two nuclear plants by fall without government action, and Entergy Corporation had considered shuttering another one next year.

“If you care about climate change, and don’t just have an ideological stand on a particular energy source, then you know that we need all low-carbon sources as fast as possible to have any hope of reigning in the most adverse environmental effects of burning fossil fuels,” Conca wrote in Forbes.

Conca and others see two pathways to meet the United States’ carbon reduction commitments under last year’s Paris agreement: set a carbon tax, or establish a clean energy standard. Former Environmental Protection Agency administrator Christine Whitman, who now co-chairs the pro-nuclear CASEnergy Coalition, said either an up-front tax or a back-end penalty “would make cleaner energy sources such as nuclear energy competitive in the market, while also creating jobs and wealth in the communities where the components are assembled,” writes energy reporter Ken Silverstein.

“Ultimately, it means penalizing companies that emit too much pollution or putting a price on carbon,” said Whitman. “The regulatory structure does not now give an added value to clean power.”

The U.S. Sierra Club made no mention of the nuclear subsidies in its response to the PSC decision.

” Governor Cuomo is clearly setting New York as a climate and renewable jobs leader,” added David Alicea, organizing representative for Sierra’s Beyond Coal Campaign. “We look forward to working with his administration as they develop these policies and a long-term large-scale offshore wind plan to build a robust renewable energy economy for the state.”