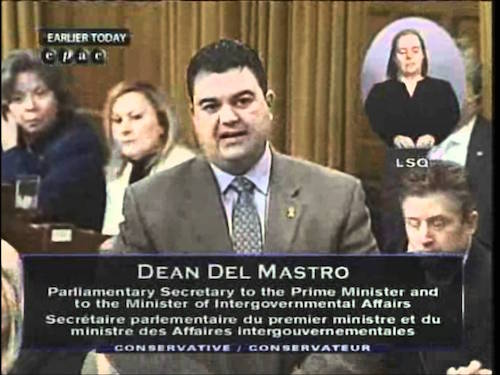 Dean Del Mastro, a former federal Conservative MP currently appealing his conviction on charges of electoral fraud, is at the centre of new questions involving unmet commitments on a solar development project in Barbados.

Last November, the Ottawa Citizen reports, a company called Deltro Solar—which lists Del Mastro as its chief financial officer and his cousin David Del Mastro as president—boasted in a press release that it was headquartering a Caribbean solar energy subsidiary in Barbados. According to the paper, Deltro said it was developing a $26-million solar farm that would “create more than 500 jobs and [provide] a cheap green energy source for locals.”

Deltro Solar said it would hire 140 people and begin work by April 6, the Citizen now says, “but operations haven’t started.”

In late 2014, the paper recalls, Dean Del Mastro “was found guilty of violating the Canada Elections Act during his 2008 re-election campaign for the Peterborough riding.” Earlier this year, David Del Mastro was acquitted of charges he had directed money to his cousin’s campaign.

“We certainly have been frustrated,” Dean Del Mastro said of progress on the company’s Barbados solar project. “But we are undeterred.”