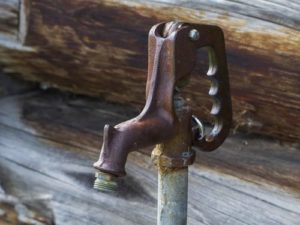 “In cooperation with Husky, we’ve used our innovation to use existing public drinking water infrastructure so oil and other petrochemical products can be sent straight to the consumer,” Wall told a hypothetical news conference, along what The Beaverton calls the “oil-laden” North Saskatchewan River. “Saskatchewaners won’t have to go to the gas station anymore to fill up when they can just turn on their kitchen faucets.”

The paper predicts the province’s bold experiment with its “Still-Safer-Than-Rail Pipeline” will “create many jobs in the household oil refinery, dead bird collection, and potable water delivery industries. Saskatchewan Tourism also hopes the new pipeline will finally give Canadians a reason to intentionally visit Saskatchewan.”