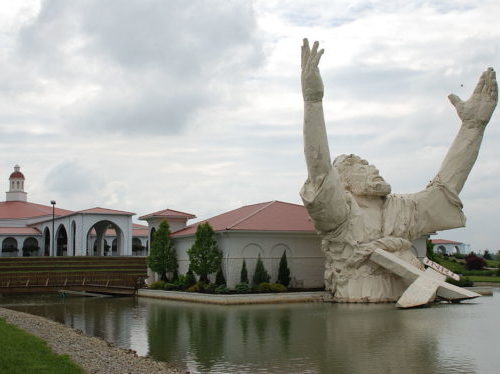 One in seven Americans believe it is definitely or probably true that “God controls the climate, therefore people can’t be causing global warming,” according to the latest research by the Yale Program on Climate Change Communication.

In response to a follow-up survey question, one in seven also said they interpret global warming as a possible or definite sign of the “end times,” Yale reports.

“For a significant number of Americans, the reality, causes, and meaning of global warming are seen through the lens of their religious beliefs,” write researchers Connie Roser-Renouf, Ed Maibach, Anthony Leiserowitz, and Seth Rosenthal. “Some reject the evidence that humans are causing global warming because they believe God controls the climate. Others believe that global warming is evidence that the world will be ending soon, and that we don’t need to worry about global warming in light of the approaching apocalypse.”

Yale reports that the group who believe God controls the global climate includes: