One in Four Ethnic Conflicts Linked to Climate Breakdown 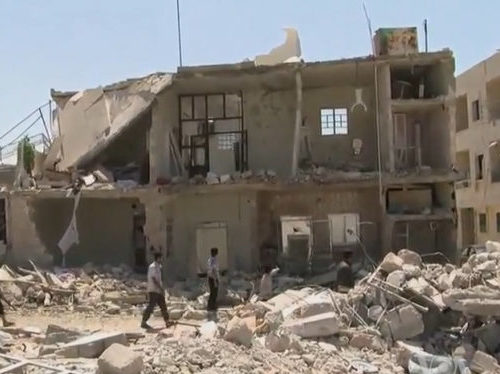 Weather disasters exacerbated by “climate calamities” have worsened sectarian conflict in multi-ethnic societies, German researchers conclude in a study published in the Proceedings of the National Academy of Sciences (PNAS).

It’s the particular combination of previously existing schisms on ethnic lines, and climate-related disasters like droughts and floods, that proves incendiary, researchers at the Potsdam Institute for Climate Impact Research report.

Examining instances worldwide between 1980 and 2010, the investigators determined that in “ethnically diverse countries” such as Afghanistan and Somalia, 23% of armed conflicts coincided with weather disasters, according to the Independent. That contrasted sharply with a 9% global average rate for such coincidences.

U.S., British, and Canadian security analysts have repeatedly identified climate change and related weather disruptions as contributors to tension and instability in fragile societies. “Climate change is the ultimate ‘threat multiplier.’” a report written for the G7 asserted last year. “It will aggravate already fragile situations and may contribute to social upheaval and even violent conflict.”

“As intuitive as this might seem, we can now show this in a scientifically sound way,” said the Potsdam Institute’s Dr. Carl Schleussner. “Devastating climate-related natural disasters have a disruptive potential that seems to play out in ethnically fractionalized societies in a particularly tragic way.

“Climate disasters are not directly triggering conflict outbreak,” Schleussner specified, “but may enhance the risk of a conflict breaking out which is rooted in context-specific circumstances.”