50,000 Without Water as Husky ‘Struggles’ to Explain Leak Response 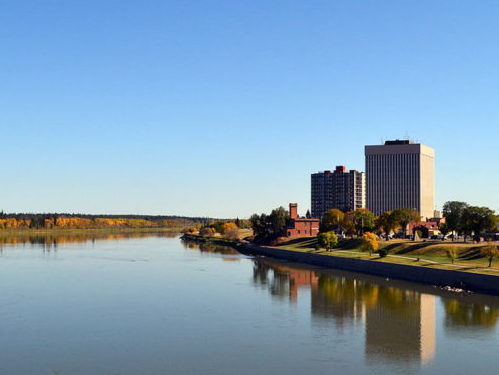 Husky Energy Inc. has become the latest fossil operator put on the defensive by a pipeline leak, and is now struggling to explain why it failed to send crews to inspect the leak for as long as 14 hours after “irregularities” first appeared on monitoring systems, the Globe and Mail reports.

The Saskatchewan government initially reported the leak as having been discovered Wednesday evening, July 20. Repair crews responded the next morning.

The company disputes that chronology.

“The only thing I am aware of is that Wednesday night there were some irregularities in our monitoring system,” Husky executive Al Pate told reporters by phone. “The first indication we had a leak was early Thursday morning.”

The company says it ordered the leaking line shut down at 6 AM the following morning,

The incident recalls the long time lag between the first indications that a pipeline operated by Enbridge Inc. was leaking into the Kalamazoo River in 2010, and that company’s response. The much-criticized delayed reaction was blamed in large part for the release of 4,000 cubic metres of diluted tar sands/oil sands bitumen into the Michigan river.

The short-haul pipeline involved in the latest leak collects oil from Husky wells in the area for delivery to an upgrading plant at Lloydminster, and is under provincial—not federal—jurisdiction. According to the Regina Leader-Post, the outspokenly pro-oil Saskatchewan government cut funding for the Petroleum and Natural Gas Branch, which polices its pipeline operators, by 19% in its most recent provincial budget.

“It remains unclear,” the paper adds, “when the pipeline that leaked 200,000 litres of oil into the North Saskatchewan River was last inspected.”