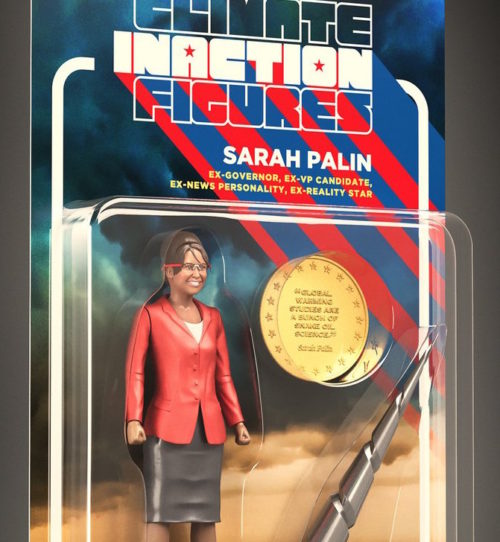 “They’re cute, cuddly, and exist only in a virtual world that may be better than the real one,” Grist reports. “These anti-heroes are known for their blind rejection of facts, logic, and science,” and “all can be acquired via social media.”

Each action figure comes with a medallion carrying a quote from the real-life politician. And they each carry their weapon of choice—a cloak of denial for Boehner, a selective vision helmet for Christie, a drill sword for Palin, a coal gauntlet for McConnell, a spiked snowball for Inhofe, and an anti-science shield for Cruz.

“Climate Inaction Figures do nothing about climate change, but there is action you can take,” National Geographic Channel advises at the end of its video commercial for the product. “Let’s put a price on carbon.”