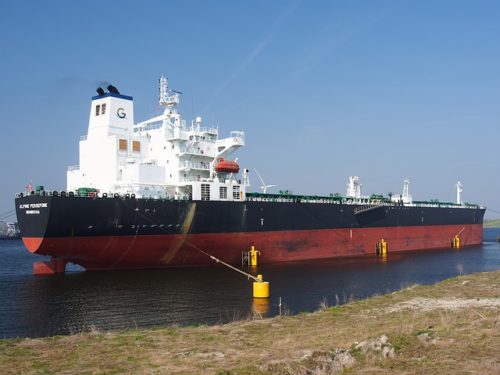 Oil traders counting on a price bump during the busy summer driving season are facing more disappointment as a seasonal increase in demand fails to make a dent in a massive global oil stockpile, much of it stored in ocean-going tankers that the industry refers to as “floating storage”.

As the summer approached, “the world’s refineries have churned out more diesel, gasoline, and jet fuel than eager drivers and holiday-makers have been able to consume,” Reuters reports. Now, “the resurgence of floating storage, full tanks on land, and the wilting demand growth underscore the difficulty crude oil will face to find any sustained price recovery in the near term, even as crude production itself tapers off.”

Fuel supplies in the United States, Europe, and Asia are “brimming”, the news agency notes, and “European traders are now moving to store diesel on tankers at sea as onshore storage tests its limits yet again.”

Last week, the International Energy Agency placed the volume of oil in floating storage worldwide at 95 million barrels, the highest since the recession of 2008-2009. But unlike 2009, when high oil prices made offshore storage profitable, “today it is driven by logistical and marketing issues,” the IEA reported.

“Most of the cargoes floating idle in the North Sea have yet to find buyers and will probably remain where they are for some time because of subdued demand in Europe,” Bloomberg reports, citing three anonymous oil traders. “The cargo that’s been in place longest, in a supertanker anchored off the east coast of England named Maran Thetis, has been on the water since April 23.”