Energy Intensity Down 32% since 1990, More Improvements Ahead 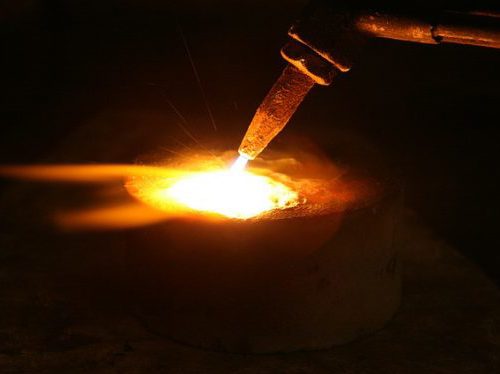 Forget the old saw about a link between economic progress and growth in energy demand. Energy intensity—the amount of fuel or electricity it takes to produce a unit of economic activity—has fallen 40% in developing countries, 28% across the OECD, and 32% overall since 1990, according to new figures from the U.S. Energy Information Administration.

(The EIA data reinforce a result reported by The Energy Mix subscriber Ralph Torrie in 2011.)

“Gains in industrial energy efficiency are responsible for much of the drop,” Greentech reports, “as countries with heavy manufacturing tend to use more GDP per dollar. China alone cut its energy intensity by almost 20% between 2006 and 2010.” That country’s service sector now accounts for a larger share of economic activity than industry.

The EIA expects reductions in energy intensity to continue for years to come, with the White House aiming to double U.S. energy productivity by 2030.

“Much of the effort to limit the greenhouse gas emissions that drive climate change will be focused on cleaner forms of power production and increasing energy efficiency, especially in buildings, on a global scale,” writes Greentech’s Katherine Tweed. “After the Paris agreement, for instance, more than 100 banks that manage a combined total of $4 trillion in assets called for a doubling of energy efficiency by 2030.”

Tweed cites a warning from cleantech entrepreneur Jigar Shah, executive director of the Institute for Industrial Productivity, that energy efficiency in industry will have to continue to improve just to keep pace with rapid urbanization. “With the Paris climate agreement and the increasing availability of more energy-efficient equipment, however, it is possible that energy intensity could fall much further, even as megacities continue to grow,” she writes.