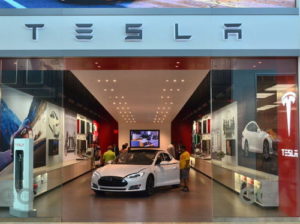 While Tesla Motors is taking heat for its proposal to buy out the shares of residential solar installer SolarCity, the move has earned a vote of confidence from clean energy entrepreneur Jigar Shah.

“Some have described the move as complex, or a distraction, but I believe that this could achieve the dreams that Elon Musk has of a company that is more valuable than Apple in the future,” predicts Shah, co-founder of Generate Capital Inc.

“As the industry reaches more than a million systems across the U.S. this year, the solar market has reached critical mass. At the same time, the EV market, while starting from a low base, will surely meet goals of one million cars on the road in this decade,” he writes.

But “the deployment of cost-effective technologies is not accelerating fast enough,” and that means “the business model needs shaking up.”

While solar isn’t yet cost-competitive in all parts of the U.S., Tesla’s new Model 3 electric car will be. By combining solar, an EV, and energy efficiency in a single consumer package, “SolarCity could cost-effectively sell into all 50 states.”

Shah notes that it only took from 2009 to 2014 for the Australian solar industry to install panels on one of every seven homes in the country. “With over 60,000,000 eligible U.S. households, if Tesla/SolarCity could help the USA match the solar penetration of Australia, you would achieve an initial package revenue of over $470 billion—more if the Model S were substituted for the Model 3,” he writes. “There is no reason to believe that the solar industry couldn’t achieve the same market penetration in the USA by 2021.” (h/t to RenewEconomy for pointing us to this story)