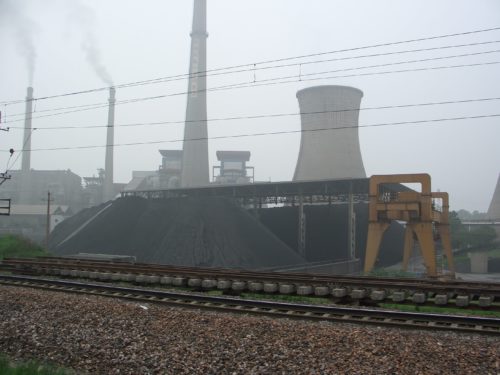 China’s decision to ban construction of new coal-based power plants and chemical facilities until 2018 will be a boon for solar, wind, and hydroelectric technologies that are already beating coal on price.

“Once wind, solar, and hydro are built, they will always be cheaper than coal,” said IEEFA Director Tim Buckley. “Why would China buy and burn expensive imported coal when they can generate renewable energy for nothing?”

A report in the Australia Financial Review, reposted yesterday by IEEFA, notes that China “has installed more renewable energy capacity than any other country” in each of the last five years (although procurement is now expected to slow down due to insufficient grid capacity). “This was done in the belief power demand would grow at almost the same pace as the overall economy.”

Now, citing Xinhua, Bloomberg says the country is trying to draw down its overcapacity in coal mining and oil refinery capacity. “The ban on projects should cut coal’s share of the overall mix to 58% from 64% currently, and help achieve the government’s target to phase out 500 million tonnes of coal production by 2020,” the agency notes

Greenpeace had previously criticized China for pushing ahead with 190 GW of new coal capacity that was already under construction. Analyst Lauri Myllyvirta said that activity amounted to a gigawatt of new coal production per week.