France Plans to Triple Solar Generation to 20 GW by 2023 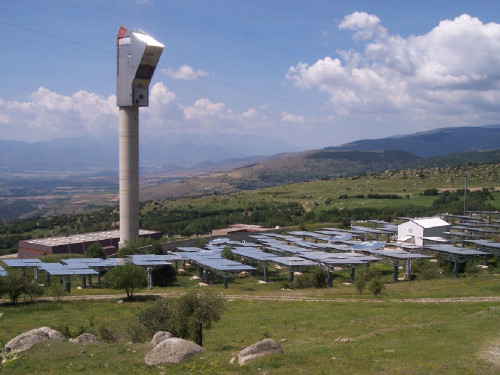 France is working to triple its installed solar capacity to 20 gigawatts by 2023, issuing a series of tenders this week for ground-mounted and building-integrated (BIPV) photovoltaic systems, and for 50 MW of solar+storage capacity for its overseas territories.

“This latest suite of support for solar development follows the previous round of tenders—first introduced in 2014—that have collectively attracted more than $1 billion in investment into France’s solar PV industry,” PV Magazine reports, in a post republished by RenewEconomy. “Experts in the country believe the certainty offered by this approach will curry further favour with investors, and should particularly help boost France’s ground-mount and BIPV sectors.”

The country currently has about 6.2 GW installed, according to grid operator RTE, including nearly a gigawatt last year. “Bloomberg New Energy Finance (BNEF) expects France to add around, or just above, 1 GW of new capacity this year, but the hope is that these new tenders will accelerate that pace of installation,” the magazine notes.

France also plans to reduce the nuclear share of its power generation from 75 to 50% by 2025, with plant closures beginning in 2019.