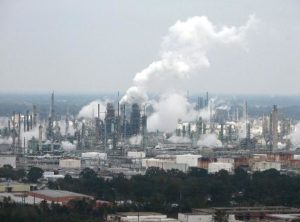 The billionaire U.S. Koch brothers, Charles and David, gave US$21 million to groups that purchased a full-page ad in the New York Times defending the long-standing campaign by Exxon Mobil to deny the facts about anthropogenic climate change that were well known to its own scientists and senior executives.

The FBI as well as 17 U.S. state attorneys general are investigating the world’s largest shareholder-owned oil company for alleged fraud in its decades-long campaign to both conceal its own knowledge about fossil fuels’ contribution to climate change, and attack and discredit outside experts who drew attention to the threat.

Of the US$88 million the Kochs are known to have provided to groups attacking climate science, nearly a quarter went to those that bought the advertising space in the Times to defend “Exxon Mobil’s longstanding efforts to ruin the public’s understanding of climate change science,” DeSmog Blog reports. The ad claims that prosecuting Exxon would amount to a restriction on the company’s right to free speech. Among signatories were prominent climate deniers, including Canadian Ross McKitrick, and ex-Tea Party senator Jim DeMint (R-SC), now president of the Heritage Foundation.

Wichita, KS-based Koch Industries had revenue of US$115 billion in 2013 from interests including oil, refining, and derivative chemical and energy operations. It holds large tracts of rights in the Alberta tar sands/oil sands.

“Funding spanned trade associations, corporate lobby groups, and industry front groups, as well as conservative think tanks,” the paper writes. The lineup included the Center for the Study of Carbon Dioxide and Global Change, which insists that CO2 does not warm the atmosphere, the American Legislative Exchange Council (ALEC), which drafts right-leaning model legislation and presses elected officials to enact it, and Americans for Prosperity, which has lobbied against putting a price on carbon.

“These groups collectively are the heart and soul of climate denial,” said Kert Davies of the Climate Investigation Center, who has tracked climate denial funding for two decades. Of Peabody’s beneficiaries, he added, “it’s the broadest list I have seen of one company funding so many nodes in the denial machine.”