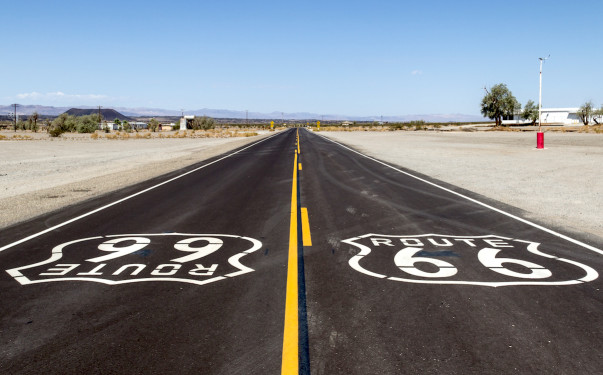 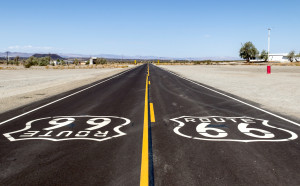 “If you ever plan to motor west,” Nat King Cole sang, “Take the highway that’s the best. Get your kicks on route sixty-six.” Now the famous highway is about to acquire a new claim to fame: America’s first installation of solar road panels.

The Missouri Department of Transportation says it intends to install solar road panels at a rest stop on the iconic highway, EcoWatch reports. The modular hexagonal panels, developed by Idaho startup Solar Roadways, will initially be installed in a 3.6 by 6-meter area near the rest stop entrance.

“This is kind of the first phase, and we hope in the future that we can move it out into maybe the parking lot, and then maybe into a travel area,” said Laurel McKean, a Missouri Department of Transportation assistant district engineer.

In addition to generating power for the rest stop, the panels hold heating elements that prevent snow and ice accumulation. “What’s so appealing,” said McKean, “is if we don’t have to treat roads or sidewalks or pavement anymore, that’s less material, less chloride, less things that go into the environment.”

A solar roadway has been operating since late 2014 in the Netherlands, generating more power than forecast. France has also announced plans to outfit up to 1,000 kilometres of highway with solar panels over the next half decade.

Missouri’s first test panels are expected to be in place before the winter.