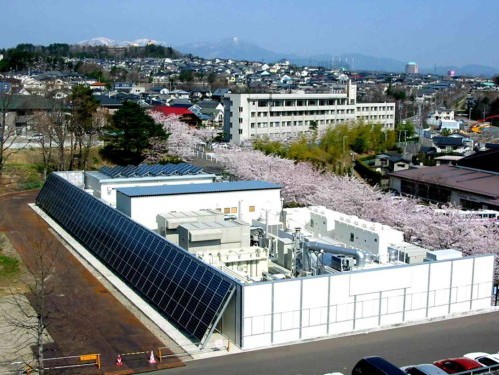 A stunning 320 GW of centralized generation around the world will be displaced by “cost-effective distributed energy resources,” mostly solar, by 2023, according to a recent report by Navigant Research.

The study examined three scales of distributed energy resources (DER}: nanogrid, microgrid, and “virtual power plants”, Utility Dive reports. “As early as 2018, DERs could outpace centralized generation in annual capacity additions,” a trend that “is seen by many as ‘the supreme threat to incumbent distribution utilities.’”

By 2025, Navigant foresees North America installing more than 1.8 GW of storage-backed residential solar photovoltaic generation a year, “with 30% to 40% of those nanogrids aggregated into VPPs”—the virtual power plants enabled by software that collect, combine, and manage output from micro and nanogrids into generation assets equivalent to conventional centralized power plants.

“It is becoming difficult to say whether an installation is a nanogrid, a microgrid, or a VPP,” observed Navigant’s Peter Asmus. “The lines are blurring because storage is a bridging technology.”

The expanding aggregation of solar and storage in nano- and microgrids, Utility Dive adds, is expected to create “new markets for ancillary services, and efforts by utilities and grid operators to manage DER portfolios in ways that capture value upstream.”

In a separate report, Navigant forecasts the U.S. will “deploy 77.3 GW of distributed renewables between 2016 and 2025, with the majority of the capacity driven by solar installations.”

Still, uptake of DER will not be uniform across the United States, notes another Navigant analyst, Roberto Rodriguez Labastida. “The deployment of distributed renewables in the U.S. is heavily concentrated in a few states, and the top 10 markets are expected to deploy 89% of new capacity,” he said.

Nonetheless, “as distributed renewables continue to evolve from their identity as fringe generation resources to become the workhorse of the power sector, it is important that all electricity sector stakeholders execute a new strategy around renewables in order to remain relevant.”