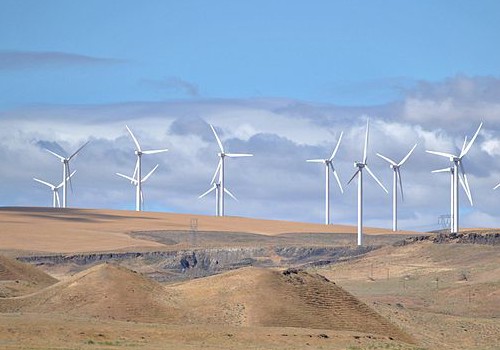 The rise of affordable, grid-scale battery storage is already making it easier for utilities to integrate variable electricity sources like solar and wind, the White House Council of Economic Advisers acknowledges in a recent report.

While the Council believes distributed sources can only supply 15 to 20% of total electricity supply at present, it acknowledges brief instances from Portugal to Texas when renewables supplied 45 to 100% of electricity demand.

The report “finds that two key trends—managing the grid’s electricity requirements at a given time through innovations such as ‘demand response,’ and a greater proliferation of batteries and other energy storage technologies—can substantially ameliorate the very real problems caused by the variability of wind and solar and ‘support further increases’ in the deployment of these electricity sources,” the Washington Post reports.

By pointing to a much more significant role for distributed renewables, the Council is “subtly undermining one of the key arguments made by defenders of coal and also sometimes nuclear—that renewables cannot compete with the steady output of baseload electricity from these long-established sources.”

While integrating more solar and wind “will require a re-envisioning of the management of the grid,” the Council notes, that transition is already under way.

“What they’re getting at here is that these things are growing rapidly, and there isn’t a hindrance to higher penetration of renewables,” said Matt Roberts, executive director of the Energy Storage Association. “There’s not some artificial cliff that says, ‘Okay, if we hit 30%, or whatever other magic number we decide, that renewables are unviable.’”

Last week, the Obama Administration unveiled plans to encourage 1.3 gigawatts of new storage and microgrid capacity over the next five years.