NEB TransMountain Decision Faces a Whale of a Legal Problem 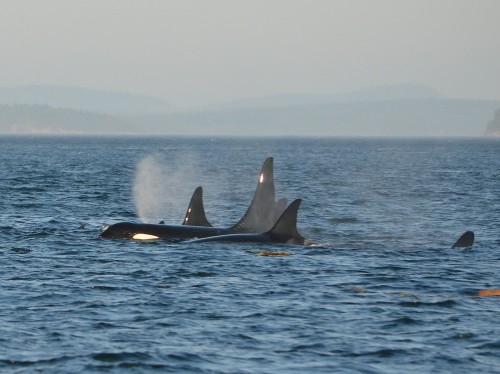 Lawyers for the Living Oceans Society and the Raincoast Conservation Foundation filed the court application in Vancouver, arguing the NEB failed to account for the project’s impact on the habitat for severely endangered southern resident killer whales. The project would lead to an anticipated seven-fold increase in tanker traffic at Kinder Morgan’s Burnaby, B.C. terminal.

The Board’s decision last month acknowledged that an increase in expected ship traffic through the Salish Sea from five tankers per month to more than one a day “would likely result in significant adverse effects to the Southern resident killer whale, and on Indigenous cultural use associated with the Southern resident killer whale.” The Board found that harm to be justified by what it saw as the public benefits of the project.

Those benefits have come into question in recent weeks, as market prospects have darkened for high-cost Canadian synthetic crude. A lawyer for the plaintiffs, Dyna Tuytel, said the Board had failed to justify the acute harm that additional marine traffic in the confined waterway would cause the marine mammals.

Ship engine noise “interferes with their communication and it interrupts their critical life functions like hunting or socializing, and causes them to do other activities such as travelling away from the noise,” Tuytel said. “People are frustrated with what the board has decided, in the face of so much evidence of threats from this project.”

The Squamish Nation, within whose traditional territory the additional tankers would pass, has also asked the Federal Court to review the TransMountain decision, saying the NEB did not adequately meet its constitutional duty to consult with First Nations along the pipeline’s route.