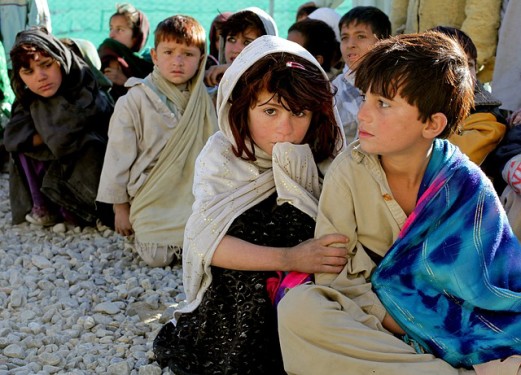 Using fossil fuels as directed could harm children’s mental health, according to a new report in the peer-reviewed BJM (British Medical Journal) Open.

The research “found that relatively small increases in air pollution were associated with a significant increase in treated psychiatric problems” among children and adolescents, The Guardian reports. Most air pollution is caused by fossil combustion byproducts.

The findings are “consistent with a growing body of evidence that air pollution can affect mental and cognitive health, and that children are particularly vulnerable,” the paper states. The researchers found the effect, even in relatively unpolluted Sweden, when they reviewed the histories of 500,000 under-18s for both exposure to pollution, and prescriptions for drugs used to treat psychiatric disorders.”

“We know air pollution can get into bodies and brains and cause inflammation,” said co-author Anna Oudin, and inflammation is associated with a variety of psychiatric disorders. “I would be worried myself if I lived in an area with high air pollution.”

Other studies have correlated disrupted learning and development, and autism spectrum disorders, with exposure to air pollution from industry or heavy traffic. In another study, Frederica Perera of Columbia University’s Mailman School of Public Health, summarized “the key science” on the health effects of fossil fuel burning, concluding “that both toxic air emissions and climate change as a result of fossil fuel emissions pose grave dangers to children.”

Earlier this year, the World Health Organization reported that air pollution traced to fossil fuel use was responsible for as many as 3.3 million avoidable deaths per year.