Brexit Might Cool the Global Economy—Or Heat Up the Planet 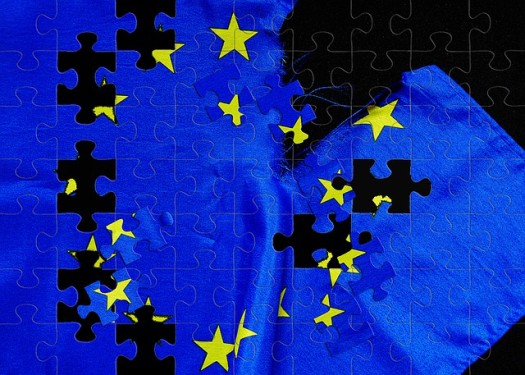 With less than 24 hours before Britons begin voting to stay or depart from the European Union, the impacts of a Brexit for climate seem almost balanced: a deep recession might achieve what ruptured policy commitments no longer will, at least in the short term, but could also undermine urgently-needed climate action.

Virtually all economists predict that a vote on Thursday to leave the European Union will tip both Britain and the Continent—and possibly the world—into a recession. The British Treasury, for example, anticipates at least a full year of economic shrinkage following an exit vote. That alone would slash UK greenhouse gas emissions.

“If you were forecasting emissions post-Brexit,” suggests Britain’s former energy and climate chief, Chris Huhne, “you’d see them quite a bit lower, simply taking an average from the economic forecasts from the IMF, OECD, and Treasury.”

But the decision to break up the EU would also trigger a cascade of newly-urgent multi-party diplomacy that would likely preoccupy both British and European bureaucrats for years to come. “The reality is the EU will be utterly inward-looking and navel gazing, and it will have its own crisis with the Euro,” Huhne argues. “It will be very hard to deal with any other serious issues.”

The impacts on climate policy would be immediate. Next month, European administrators are due to make public the details of how they proposed to divide up among 28 members the Union’s collective commitment to cut its emissions by 40% below 1990 levels by 2040. If that membership is suddenly 27, with one of the group’s major emitters—and responders—no longer present, those calculations will change. Investments in new generating capacity are likely to be delayed.

Britain’s departure would have a “calamitous” impact on the already shaky EU carbon price, and “weaken future EU climate policy and ambition,” believes Emil Dimantchev, an Oslo-based Reuters analyst. “The UK [has been] a strong progressive voice” in the Continent’s climate councils, he notes.

The tone and tune of that voice could also be in for a change if the “stay” side loses. Many of Brexit’s advocates hold what Matthew Knight, head of energy strategy and government affairs at German wind power giant Siemens, calls “fairly strange views on energy and climate change.”

‘Leave’ supporters are twice as likely as other Britons to believe that climate change is a hoax, while a manifesto released by a group of pro-Brexit MPs called for renewable generation goals to be scrapped entirely in favour of nuclear power and hydro-fracking for natural gas.