BREAKING: California to Close Its Last Nuclear Station by 2025 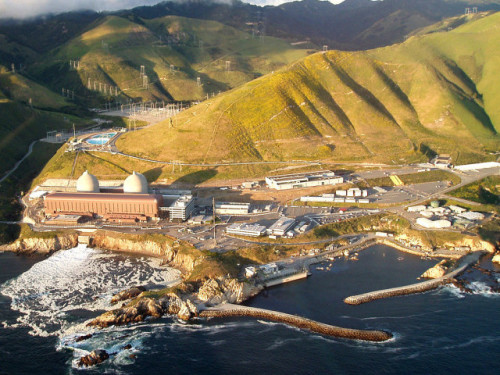 California will be a nuclear power-free state in less than a decade, following Pacific Gas and Electric Co.’s decision yesterday to retire its Diablo Canyon nuclear generating station’s two 1.1-GW reactors and replace their output with renewable energy, energy efficiency, and energy storage.

The announcement that the two reactors will shut down when their licences expire in 2024 and 2025 brings a longstanding controversy over their future into a new phase. Some California environmentalists had pressured the utility to keep the 31-year-old plant operating as a reliable source of low-carbon electricity.

But leading environmental NGOs, among them Friends of the Earth and the Natural Resources Defense Council, welcomed the announcement—and PG&E’s concurrent declaration that it would replace Diablo Canyon’s output by 2025 with “new, greenhouse-gas-free energy,” the Sacramento Bee reports.

“This is an historic agreement,” said Friends of the Earth President Erich Pica. “It sets a date for the certain end of nuclear power in California and assures replacement with clean, safe, cost-competitive, renewable energy, energy efficiency, and energy storage. It lays out an effective roadmap for a nuclear phase-out in the world’s sixth largest economy, while assuring a green energy replacement plan to make California a global leader in fighting climate change.”

Said PG&E’s Chair Tony Earley: “California’s energy landscape is changing dramatically with energy efficiency, renewables, and storage being central to the state’s energy policy. As we make this transition, Diablo Canyon’s full output will no longer be required.” With clean energy replacing the retired plant’s reactor output, the company said it would exceed a state mandate for utilities meet half their demand from renewable generation by 2030.

FoE credited the decision to a “robust technical and economic report” it had commissioned, Plan B, that showed how a clean energy transition would save money and cut carbon.

The Pacific Coast community of San Luis Opisbo, where Diablo Canyon sits, will lose 97% of the nearly US$26 million in annual taxes it has received from the facility, and a 2014 study suggested that as many as 3,286 jobs would be lost at the plant and in businesses that serve it.

On EcoWatch, Friends of the Earth says the agreement makes allowances for the local work force and community. “We are pleased that the parties considered the impact of this agreement on the plant employees and the nearby community,” Pica said. “The agreement provides funding necessary to ease the transition to a clean energy economy.”

Those figures did not include the potential economic impact of decommissioning the station’s two reactors—a process that the International Atomic Energy Agency estimates could cost up to US$850 million per reactor.