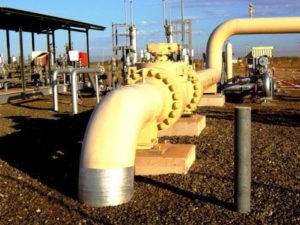 Canada’s Export Development Corporation has delivered more than C$28 billion in financial support to the oil, gas, metals, and minerals industries over the last year, with the who’s who of recipients including fossil companies like Cenovus, ConocoPhillips, Crescent Point Energy, Enbridge, Encana, Husky, Spectra Energy, Suncor, and TransCanada Corporation.

As the Observer‘s Mike De Souza notes, the EDC operates as a taxpayer-owned commercial investment bank, providing credit to support Canadian companies’ business activities abroad. “But deals like these illuminate the surprisingly symbiotic relationship between industry and the federal government,” De Souza writes. “The deals support industry jobs and the economic benefits that go with them. They also help generate a healthy revenue stream for the government through interest payments.”

According to the EDC’s website, the two TransCanada loans were intended as “support for working capital/general corporate purposes.” While the agency receives more detail on the loans it extends, the general category means the company can “use it for any purposes in the U.S., including lobbying, advertising, general operating costs, or legal action,” the Observer notes.

While TransCanada receives short-term credit from about 20 other banks, Keenan said, the EDC loan gives the company political cover. “There’s no shortage of financial institutions out there, so why do we have a Crown corporation that’s mimicking a commercial bank?” she asks.

An EDC spokesperson told De Souza the agency supports fossil companies because of the benefits they provide Canadians. “Oil and gas plays an important role in Canada’s export picture and sustains approximately 700,000 Canadian jobs annually,” he said, and that makes it “an important sector for EDC.”

Important enough that the $28 billion in support positioned oil, gas, and minerals as the EDC’s most active sector in 2015, compared to $25.8 billion for infrastructure and environment, $24.3 billion for agriculture, fishing, and forestry, and $16.8 billion for transportation.