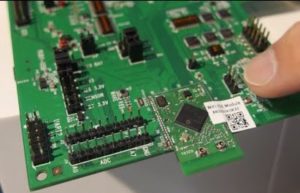 If the post-carbon energy transition rolls out faster than many of its harshest critics believe possible, it will be because renewable energy production and storage became less about raw materials and more about computing power.

That’s an idea that Vox climate specialist David Roberts says he’s been tossing around for some time, but has come into focus as he witnesses the rise of distributed energy resources (DERs) and the potential for energy to become a software business.

Roberts points to “a certain kind of pessimism in the energy world,” represented by analysts like the University of Manitoba’s Vaclav Smil, who note that past major energy transitions have always taken many decades. “If there is any hope in the face of this grim historical truth,” Roberts writes, “it is in the nature of the current transition. There are two things about the shift to clean energy that might set it apart.”

The first of the two is that, after centuries of getting ever-larger, “energy technology is starting to get smaller. Where once there were a few gigawatt-level power technologies available, now there are many options, ranging in scale from gigawatts all the way down to kilowatts: wind turbines, solar panels, large-scale energy storage (like pumped hydro or trains), microturbines, microgrids, fuel cells, home batteries, electric cars, smart thermostats and appliances, and on and on.”

Those technologies enjoy an advantage that will ring true to anyone who’s followed the growth of information technology: “Because they are smaller, innovation can be spread across dozens or hundreds of parties instead of just a handful of utilities,” Roberts writes. “Small technologies iterate and improve faster.”

The problem is that electricity demand is still centred in large, energy-intensive cities, but that’s where sensors and software have a crucial role in ensuring that “maximum energy services can be wrung out of every single kWh generated,” he notes. “To the extent that the clean energy transition is a software challenge, we can expect it to move far more rapidly than previous energy transitions, simply because software moves much faster than hardware.”

While “it’s tough to predict how this will play out,” Roberts concludes, Smil and other energy pessimists “are, at the very least, wrong to be quite so confident in their pessimism.” (h/t to The Energy Mix subscriber Bill Henderson for pointing us to this story)