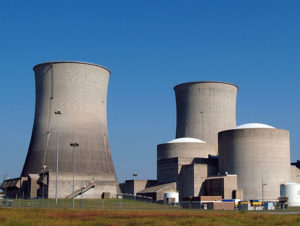 The official opening of the Tennessee Valley Authority (TVA)’s Watts Bar-2 nuclear station has been generating laudatory headlines, as the United States prepares to add new nuclear capacity to the grid for the first time in 1996.

But just a few months ago, the facility received a different kind of attention, when the U.S. Nuclear Regulatory Commission accused plant operators of discouraging employees from reporting possible safety problems.

The warning came in the form of a “chilling” letter from the NRC’s Region II office in Atlanta. “The ‘chilling’ has nothing to do with weather, but rather refers to a workplace environment where employees may be hesitant to raise safety concerns for fear of retaliation, or because previously raised concerns were not adequately addressed,” explains NRC Senior Public Affairs Officer Roger Hannah.

“In the Watts Bar case and several others before it, the NRC identified situations where some employees told the NRC they might be reluctant to talk to their supervisors, managers, or even the NRC about safety issues because they were afraid of potential effects on their jobs,” Hannah adds.

“At Watts Bar, these concerns arose in the operations department, but the NRC takes those concerns very seriously whether they are isolated or more widespread.”

NRC officials met with TVA representatives March 22 to discuss the workplace environment, then documented their concerns in writing the following day.

“TVA officials are being asked to provide a plan that describes how work environment issues at the Watts Bar plant will be addressed and then attend another public meeting to discuss both that plan and how the NRC will monitor and inspect any corrective actions,” Hannah writes. Employees’ ability to raise safety concerns “is an important supplement to the NRC inspection program,” and “any attempt to influence that ability will not be tolerated by the NRC.”

Hannah refers to past letters to other U.S. nuclear operators, “showing just how uncool the NRC finds any workplace chilling effect.”