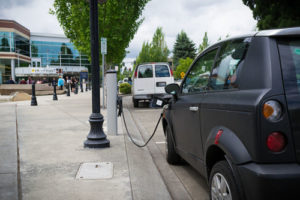 California’s carbon cap and trade program could be heading toward collapse, raising serious concerns about one of the key elements of the state’s groundbreaking climate and energy initiative.

The program “has been a symbol of the state’s leadership in the fight against global warming and a key source of funding,” but “has become mired in legal, financial, and political troubles that threaten to derail the state’s plans to curb greenhouse gas emissions,” the Los Angeles Times reports. “The legality of cap and trade is being challenged in court by a business group, and questions are growing about whether state law allows it to operate past 2020.”

With legislators and lobbyists across the political spectrum gearing up for a battle over the plan, “the whole system could fail,” Senate leader Kevin de León (D-Los Angeles) warned this week. “If that happens, we could lose an entire stream of revenue to make our communities more sustainable.”

Funds from the cap and trade program have supported an array of projects, from home weatherization to cash-for-clunkers programs to an ambitious high-speed rail project between San Francisco and Los Angeles. But the system received a jolt last month, when the state could only sell 11% of the carbon permits it had made available in its quarterly auction.

That meant the auction only raised US$2.5 million of the $150 million it was supposed to produce, calling funding into question for the high-speed rail project as well as the state’s electric vehicle rebate program. The EV cutback left clean energy advocates asking what had become of the $1.4-billion surplus the state had previously accumulated in its cap and trade fund.

But if the shortfall continues, the state’s climate programs could be at risk. “One auction doesn’t tell you a lot about the supply and demand over a longer period of time,” said Michael Gibbs of the California Air Resources Board. On the other hand, Stanford University economist Frank Wolak said the slow market for permits could mean polluters are cutting their emissions more than expected.

“To the extent that not all the permits are being sold, that is a success of the program,” he told the Times.