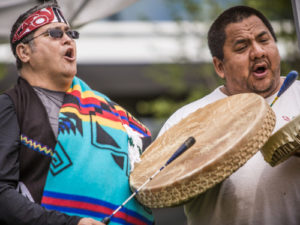 The Squamish are asking the appeals court to send the project back to the NEB for reconsideration. “We’re stunned to learn that the NEB finds that any risk of an oil spill in Burrard Inlet is acceptable when the risk of valuable marine habitat destruction is so high,” Campbell said in a statement. “In its own research, the NEB admits that the heavy oil may sink in certain circumstances, potentially fouling the shoreline” of the Inlet. “Both TransMountain and Environment Canada state that additional research is needed to understand the fate and behaviour of dilbit [diluted bitumen] spills,” indicating that “the NEB does not have the scientific data it needs to make a decision on this project.”

The Tsleil-Waututh Nation in North Vancouver filed suit late last year in an effort to block the NEB’s hearings on TransMountain.

Earlier this week, Assembly of First Nations National Chief Perry Bellegarde told a Senate committee that more than 130 First Nations across Canada “are dead-set against pipeline and energy development,” the Winnipeg Sun reported. “The rest are demanding an absolute veto over any proposed developments before they’ll even begin negotiations with governments and energy companies.”

And “rightly so,” Bellegarde said. “It should slow it down. We might be 1.5 million people in Canada—4.5% of Canada’s population are Indigenous peoples—but we’re Indigenous peoples with inherent rights. Those rights need to be respected and they can’t be infringed upon.”