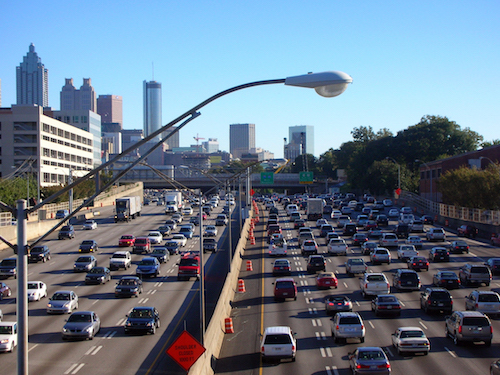 For the first time ever, fossil-fueled transportation has moved ahead of electricity generation as the leading source of greenhouse gas emissions in the United States, according to data from the U.S. Department of Energy and Energy Information Administration.

Coal-fired power plants used to be the country’s biggest source of greenhouse gas emissions, producing as much as half of U.S. carbon pollution as recently as 2005. However, a wave of coal plant closures, the commissioning of lower-emitting natural gas facilities, and a more recent surge in solar and wind generation have brought the power sector’s emissions down by some 20% since then.

Meanwhile, after dipping down in the post 2008 recession, vehicle emissions have been rising, surpassing those from the power sector in February, Vox reports.

“Oil,” the outlet says, “remains by far the dominant source of fuel for cars, trucks, and planes, and there’s no readily available substitute here”—at least not until electric vehicles begin to roll off sales lots in larger numbers.

Moreover, as a recent study by the University of Michigan Transportation Research Institute reported a year ago, “where energy intensity is defined as ‘the amount of energy needed to transport one person a given distance,’ driving today is actually considerably more energy intensive than flying.”

The Obama administration raised vehicle fuel economy standards that “have certainly kept a lid on emissions,” Vox notes. “But right now, they’re being offset by the impacts of low oil prices. Americans are shifting back to gas-guzzling SUVs and they’ve been driving more miles.”

Indeed, Downstream Today reports that Americans are taking more road trips, pushing gasoline consumption to 9.4 million barrels per day in March 2016—up 350,000 bpd from a year ago. The same outlet forecasts that gasoline consumption in the country will set a record this summer, “as the lowest pump prices in more than a decade encourage Americans to take to the roads.”

And not only Americans. “Britain’s consumption of road fuel is growing at the fastest rate for more than a decade,” DT adds in another report, “as the impact of economic growth and lower prices more than offsets improvements in vehicle efficiency.”