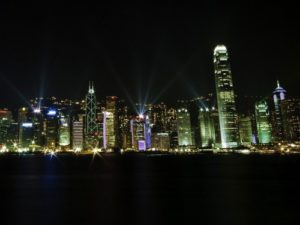 Hong Kong, long a regional centre for East Asian finance, has an opportunity to leverage its close relationship with China to become a leader and standard-setter in the issuing of green bonds, an analysis suggests.

The United Nations estimates the global need for sustainable development finance over the next 15 years at US$90 trillion, Katrina Hamlin writes for Reuters. “Many countries are likely to raise funds using green bonds, which earmark proceeds for sustainable projects,” she adds, noting that China alone will need US$305 billion per year over that period to meet its environmental goals. China already accounts for around 20% of the nearly $30 billion in green bonds issued so far in 2016—roughly the volume that some analysts estimated would be sold in all of 2015.

The investment category “remains fuzzy”, however, with loose definitions of what is ‘green’ and few safeguards to ensure that money raised actually goes to sustainable investments. “Hong Kong could help whip the immature market into shape,” Hamlin writes.

“The Special Administrative Region has a privileged relationship with mainland China, yet its financial markets are better regulated and more transparent,” she notes. “Hong Kong could raise the standard for green bonds with clear rules, and compulsory disclosure of financials and use of proceeds. The territory could match issuers with large international investors in the same way it has done with equities and bonds denominated in renminbi.”

But Hong Kong “needs to catch up,” she adds. Other financial centres, including regional rival Singapore, “have already stolen a march” on China’s historic entrepot.