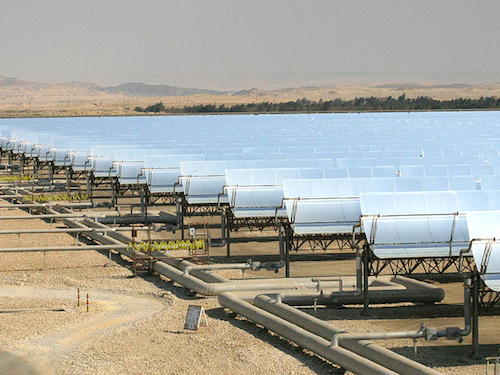 Building new wind and solar farms will be cheaper than operating existing coal and gas generating stations by 2027, Bloomberg New Energy Finance predicts in the 2016 edition of its New Energy Outlook.

The forecast still anticipates continuing significant global investment in fossil-fueled power generation—some US$1.2 trillion in new coal-fired and US$892 billion in new gas-fired plants around the world by 2040. But nearly four times as much, “some US$7.8 trillion, will be invested globally in renewables between 2016 and 2040,” said lead author Seb Henbest, BNEF’s head of Europe, Middle East and Africa.

However, to keep atmospheric CO2 concentrations below the limit of 450 parts per million considered relatively “safe” by the Intergovernmental Panel on Climate Change, “the world would need to invest another US$5.3 trillion in zero-carbon power by 2040,” the Outlook warns.

In the report, Bloomberg adjusts sharply downward its anticipated future price points for fossil fuels from just a year ago. But it has lowered its forecast for wholesale wind and solar generation even more. While its coal and gas price forecasts for the 2½ decades to 2040 have dropped by 33% and 30%, respectively, Bloomberg shaved its outlook for terrestrial solar prices over that period by 41%, and for solar by 60%, “making these two technologies the cheapest ways of producing electricity in many countries during the 2020s and in most of the world in the 2030s.”

So while cheap coal and natural gas are likely to be with us for a while, their low price “will fail to prevent a fundamental transformation of the world electricity system over coming decades towards renewable sources such as wind and solar,” BNEF reports.

“One conclusion that may surprise is that our forecast shows no golden age for gas, except in North America,” observed Elena Giannakopoulou, the Bloomberg study’s senior energy economist. “As a global generation source, gas will be overtaken by renewables in 2027. It will be 2037 before renewables overtake coal.”

The report projects US$3.1 trillion in new investment in offshore wind, $3.4 trillion in utility-scale, rooftop, and other small solar, and US$911 billion in new hydro. The forecast also sees electric vehicles accounting for more than a third of new car and light truck sales by 2040—or about 41 million vehicles. That growth will push down the cost of both small and utility-scale battery storage, compounding solar and wind’s cost advantages.

Meanwhile, Bloomberg has lowered its expectations of Chinese reliance on coal-fired generation by more than 20% over the last year, now anticipating 1,000 fewer terawatt-hours of generation from that source in a decade’s time.

Tempering the good news, however, the report notes that India’s reliance on coal to meet rising power demand in the world’s second most-populous country will “result in a trebling of its annual power sector emissions by 2040,” helping to push global carbon emissions by that date to 700 MT, 5% higher than in 2005.

But even in the short time since Bloomberg finalized its report, India cancelled 16 gigawatts of new coal capacity, after setting a 16.66-GW target for new renewable energy installations this year.