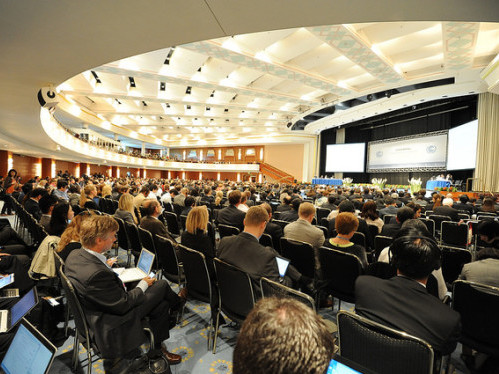 A popular objection to global climate deals—that commitments can’t be policed or trusted—was dealt a blow this week, when a study reported that among the 36 countries that fully committed to the 1992 Kyoto Protocol, compliance with its emission-reduction mandates was 100% in the period from 2008 to 2012.

(Canada renounced the agreement in 2011, while the United States never ratified it.)

“There is often skepticism about the importance of international law, and many critics claim that the Kyoto Protocol failed,” observed Michael Grubb, chief editor of Climate Policy, which published the study. “The fact that countries have fully complied is highly significant, and it helps to raise expectations for full adherence to the Paris Agreement.”

Of the 36 nations that “fully participated” in Kyoto, the researchers found, three-quarters met their national emission reduction targets. Nine resorted to “flexibility mechanisms”—such as credits generated by investments in emission reductions beyond their own borders—to maintain compliance.

Overall, the study notes, countries party to the Protocol surpassed their aggregate commitment by an average of 2.4 gigatons of CO2 equivalent per year. “The cost of cutting greenhouse gas emissions,” UPI reports, was also “significantly cheaper than many economists predicted. In Europe, [it] was only 0.1 percent of GDP. In Japan, the cost was even lower.”