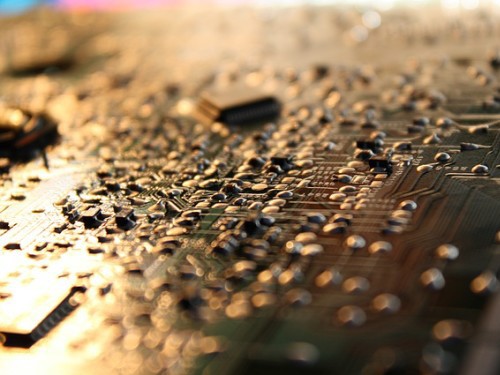 The boom in solar-generated electricity may be great news for the effort to cut carbon emissions, but it points to another serious environmental concern that will gain prominence as solar arrays reach the end of their 20- to 30-year lifespans.

“The burgeoning number of solar panels being installed today will eventually end up in the waste stream: e-waste on a truly grand scale,” writes Renewable Energy Corporation President Ryan McNeill. And “simply landfilling spent solar panels is clearly not an option. In addition to taking valuable landfill space, many PV panels contain heavy metals, such as cadmium and lead. These substances can potentially be released into the environment through landfill leachate and/or open burning and contaminate soil, water, and/or air.”

Some solar equipment also contains rare elements like gallium and indium that could face permanent depletion if they aren’t recovered—so ultimately, McNeill says, the solution is to recycle used panels. PV Cycle, the European panel recycling association, reports that more than 95% of a panel’s materials can be reclaimed.

“The demand for solar panel recycling is still very small,” he writes. “Some manufacturers report that the vast majority of panels they process for recycling are ones that were damaged or defective. However, it is never too early to plan for the inevitable rise in the need for solar panel recycling as today’s installations reach the end of their useful lifespan.” The best solutions, he says, will likely involve co-operative efforts on the part of manufacturers, suppliers, consumers, and regulators.