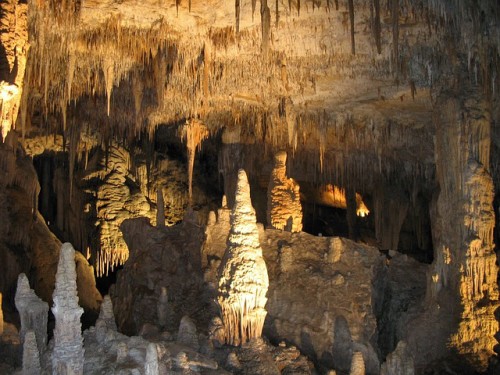 Iceland appears to be making good progress with an approach to carbon capture and storage (CCS) that involves dissolving carbon dioxide in volcanic rock, according to a paper in the journal Science.

“The project, called CarbFix, uses carbon dioxide that bubbles up naturally with the hot magma that powers a geothermal electrical generating plant 15 miles east of the capital, Reykjavik,” the New York Times reports. The process took about 95% of the available CO2 and converted it into the mineral calcite in less than two years.

The search for a way to store carbon on a commercial scale “has had a spotty record so far,” the Times notes. “Keeping a lot of CO2 out of the atmosphere would require a costly expansion of the technology to many more power plants and other industrial facilities.”

And even then, the technology is far from foolproof: “Among the concerns about sequestration is that carbon dioxide in gaseous or liquid form that is pumped underground might escape back to the atmosphere. So storage sites would have to be monitored, potentially for decades or centuries.”

The hope is that the Reykjavik process, which involves dissolving CO2 in water and pumping it into calcite rock, will store the gas permanently by essentially turning it to stone.

“There are still concerns about whether the technology will prove useful in the fight against global warming,” writes Times science reporter Henry Fountain. “For one thing, it would have to be scaled up enormously. For another, a lot of water is needed—25 tons of it for every ton of CO2—along with the right kind of rock.”

Scientists are looking at the option of siting projects in or near the oceans, where the right kind of rock is readily available and seawater would be suitable for the conversion process.