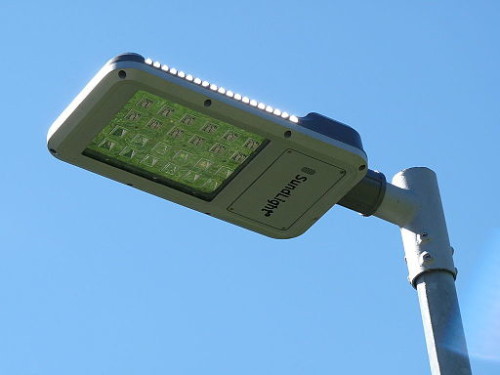 When Los Angeles set out to replace its sodium-vapour streetlights with LED fixtures, its goal was to save energy, money, and carbon. But along the way, the city freed up enough surplus power to run a small network of new charging stations for electric vehicles.

“Replacing 4,500 miles of outdated technology took four years and cost $57 million, but now saves $9 million a year in energy costs and 60,000 tonnes of CO2 emissions,” Wired explains. “It also leaves power plants with excess capacity—an unintended benefit that the city will use to power as many as 100 new electric car charging stations.”

The city has installed three Level 2 stations so far, plans another 27 by the end of the year, and could hit the 100 mark by the end of 2017.

“Of course, 100 chargers won’t do much in a city with six million cars,” Wired notes. But the project is part of a wider sustainability plan that extends to water use, affordable housing, and mass transit. “It’s all of those together, combined with the idea of economic prosperity and equity,” Garcetti said.