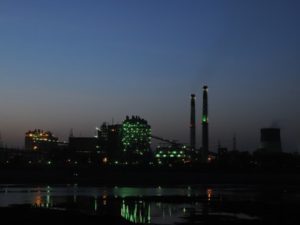 India has cancelled 16 gigawatts of new coal capacity, in a “major policy shift” that underscores “how seriously the country is working to transform, modernize, and diversify its electricity sector,” reports the Institute for Energy Economics and Financial Analysis.

Indian Energy Ministry plans “had called for four ultra mega power plants (UMPP) across Chhattisgarh, Karnataka, Maharashtra, and Odisha,” IEEFA notes. “All four have been cancelled now due to lack of interest from the host states.”

Overall, India has cut its projection for new coal generation from 78 to 28 GW by 2022.

“The plants’ developers had gone through eight years of planning but had run up against stiff community resistance to compulsory land acquisition and forced community resettlement,” explains IEEFA’s Tim Buckley. “That opposition, combined with an electricity power surplus, culminated in the cancellation order.”

He adds that two of the four UMPPs were planned for coastal areas, and were intended to run on imported coal. That means “their cancellation is in line with Indian Energy Minister Piyush Goyal’s target of eliminating thermal coal imports into India.”