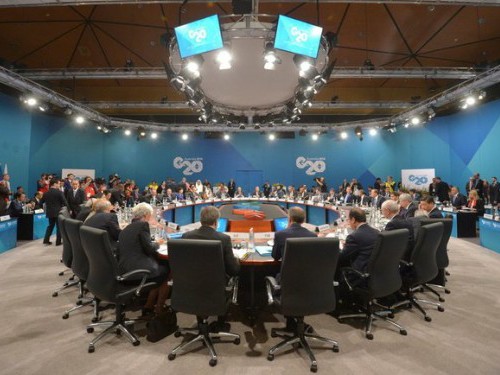 G20 countries’ investments in climate solutions fall short of the $US790 million per year by 2020 and $2.3 trillion per year by 2035 that will be needed to meet the targets in the Paris agreement, the New Climate Institute and Germanwatch report in an analysis released last month by the Munich-based Allianz Group.

Those totals far exceed the record $286 billion in global investment the renewable energy sector racked up in 2015.

The report points to a wide variation in the investment gaps in different countries, from $5 billion per year in Argentina to $280 billion per year in China. But the top-line finding across all the countries is consistent. “None of the G20 countries is currently taking sufficient action to combat the investment gap in the power sector, which would be necessary to be aligned to a 2ºC limit in global average temperature increase,” the global insurance and asset management giant warns.

“A coherent climate strategy is a vital element in giving investors confidence in the political commitment, but it also needs to translate into concrete and transparent policy measures that make investment in renewables attractive in comparison with fossil fuels.”

The report analyses 19 countries according to their need for clean energy investment and their attractiveness to investors. It sees states like Germany, the UK, France, Italy, South Korea, Japan, and Australia has having relatively modest requirements and high investor attractiveness, concluding that “these countries could play a greater leadership role to support others to reach a similar position.

On the other side of the scale, it cites India, South Africa, Brazil, and Indonesia as “major transition economies” that have “large requirements for investments to improve power infrastructure, but are somewhat unattractive to investors, compared to other G20 countries.”