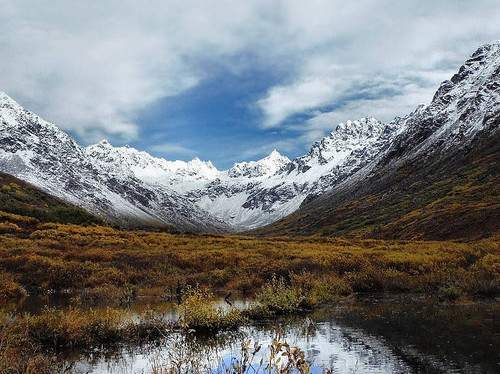 Alaska’s statewide temperature this spring has been an alarming 8°F/4.4°C warmer than the long-term average, the Washington Post reports, leading to an “upside-down weather pattern” in May in which Anchorage and Fairbanks were sometimes warmer than cities like Washington, DC and New York.

“At the northernmost point in the United States, Barrow Observatory, all of the snow had melted as of May 13, the earliest in 73 years of record-keeping,” the Post reports. “The record-setting spring followed Alaska’s warmest winter on record, in which the temperature was more than 11 degrees above the long-term average.”

The Alaska Dispatch News, meanwhile, reported early ice breakups on the Yukon and Kuskokwim rivers, the earliest recorded green-up in Fairbanks, and Arctic sea ice on the state’s northern periphery reaching its lowest-ever extent in May.